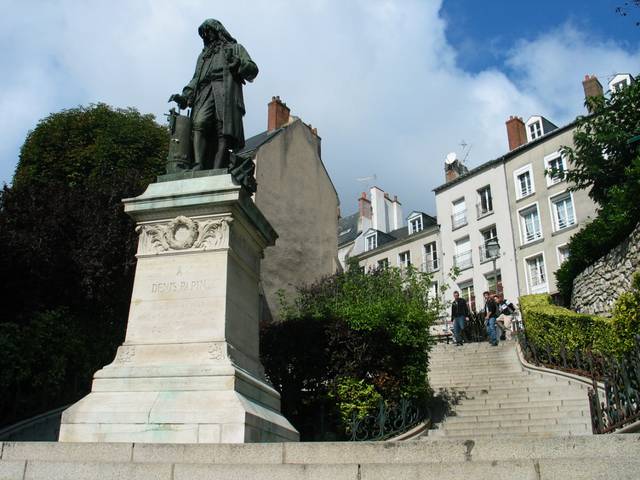 Blois over the centuries

Blois has taken advantage of the river Loire since the Middle Ages. A fortified town at the time, thrived on the river trade of wines and spirits. At the dawn of the Renaissance, the city experienced a spectacular rise when Louis XII decided to make it the political capital of the kingdom in 1498. He established his court in the family château, built on the rocky spur that dominates the city.

To accommodate his ministers and courtiers at this time of economic success and artistic creativity, medieval traditions were abandoned. The half-timbered houses, of which there are still many magnificent examples, such as the Maison des Acrobats, were gradually replaced by stone mansions in richly decorated brick and stone.

The porcupine, emblem of Louis XII, and the salamander of François I precisely date certain buildings. Shaken by the wars of religion, the city would remain the residence of kings until the death of Catherine de Medici, a few days after the assassination of the Duke of Guise in the apartments of King Henry III.

After the departure of the court, Blois once again became a peaceful provincial town, although occasionally having to weather poor harvests and and the floods of the Loire. Shattered during the Revolution, which destroyed all emblems of royalty, our sleeping beauty was to reawaken during the industrial revolution: the railway, developed from the steam engines of local boy made good Denis Papin along with the Poulain chocolate factory, founded by a local confectioner, gave the city a new lease of life.

The city changed once again with the opening of the boulevards linking the upper and lower parts of the town and the rue Denis-Papin, running over the bridge, with its magnificent stairs in the pattern of the "degrees" of Blois. At this time the interest of the general public and the authorities for art and heritage saw the château becoming a classified monument, along with the church of Saint-Nicolas and the Louis XII fountain, on the first list of Historical Monuments drawn up in 1840. This interest has never faded, and the city now has sixty-five protected monuments, a protected urban area 44 hectares and, since 2013 has been home to a unique place, the Foundation of doubt, a collection of contemporary art.

The magic of water reaches out to revive the past centuries ... In the Middle Ages, the Blois authorities provided water through public and private wells. In 1511, under King Louis XII, the fountain maker Pierre de Valence began the renovation of a network of fountains in the city, inherited from the Roman era.

Two water courses can be seen. The oldest, the Louis XII fountain, decorated with grapes and vines, testifies to the importance of wine production in Blois. The Saint-Jacques fountain is fed by the Roman wells (the "Gouffre"). It was moved from the Saint-Jacques hospice as early as 1511 to avoid the spread of disease into the population.

Finally, the fountain of the Hotel de Ville, saved from the bombing of 1940, it was reinstalled in 2005 and works on a closed circuit. The fountains and the Roman wells can be visited on a guided tour, called City of Art and History.

A stone's throw from the Maison des Acrobates stands the cathedral of Saint-Louis, founded in the Merovingian era, rebuilt in the Romanesque period and greatly restored in the 16th century. After a terrible storm did extensive damage, it was rebuilt in the eighteenth century in the Gothic style by the royal architect Colbert, whose wife was from Blois.

In 2000, the Dutch artist Jan Dibbets introduced contemporary art to the ensemble, installing thirty-three stained glass windows of great beauty. Directed by the master glassmaker Jean Mauret, native of the region, they respect the light of the valley reflecting on the Loire.

In minimalist colours and typography, the liturgy of the Mass unfolds, passing the Christian teaching of Salvation on to future generations. For more information, consult the detailed brochure available at the entrance. See also the beautiful book by Éditions du Regard, Cathedral of Blois, stained glass by Jan Dibbets.

The "Gouffre" and the fountains

Opposite the post office, behind the church of Saint-Vincent, in a pretty street, Le Gouffre is a 7-metre deep well dug into the rock and covered by a small building with a stone roof. Pierre de Valence made this old Roman well the centre of the town's fountain feeding system.

To collect water from the plain of Beauce, he restored a Gallo-Roman aqueduct. The Gouffre is today hidden by a large wall and a wooden door, but it can be visited on the guided tour "City of Art and History".

To see in Blois 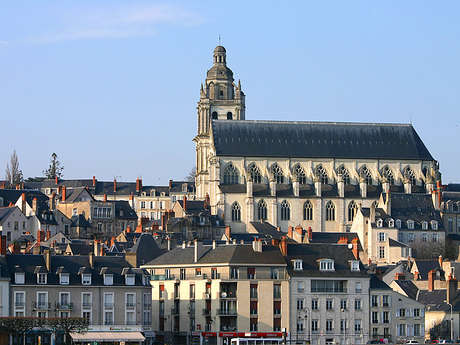 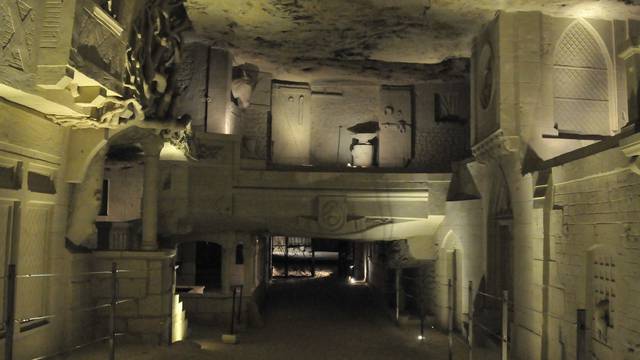 Tufa - the white stone of Bourré

Behind the old limestone quarries of the Loire Valley, a warren of hidden cellars are home to a thriving mushroom industry