Home / Royal Estate of Château Gaillard
-A +A

The cradle of the Renaissance in Amboise

Located in the city of Amboise, in a beautiful green setting of 15 hectares, the Royal Domain of Château Gaillard, jewel and cradle of the Renaissance, has been recreated, and can be rediscovered for the first time in 500 years

The Royal Estate of Château Gaillard was the site of the first Italian Renaissance Gardens in France, known as “Les Jardins du Roy" (gardens of the king).

On his return from his first campaign in Italy in 1496, the young King Charles VIII, accompanied by 10,000 French knights, fell in love with the beauty of the Italian palaces he saw and decided to recreate "the terrestrial paradise" he discovered at the Royal Palace of Poggio Reale, Naples, in the natural amphitheatre of Amboise. This was to be Château Gaillard.

To achieve his dream, he invited 22 Italian artists to return with him to Amboise in 1500, along with the "most famous gardener in Europe," Pacello de Mercoliano

Pacello also created an open-air botanical laboratory in this experimental garden, whee he bred the famous French plum, the Queen Claude, which he dedicated to Claude de France, wife of king François I.

François I was so impressed that he gave Château Gaillard in perpetuity to his "dear and beloved Pacello" against an annual payment of one bouquet of orange blossoms — an almost unique royal gift to a servant.

Residence of kings, and then of the Cardinal de Guise, Château Gaillard was also where Mary Stuart passed her honeymoon. Catherine de Medici foiled the "Amboise plot" in secret meetings at Gaillard.

Pacello de Mercoliano arrived in Amboise already 50 years old. He became the architect of the royal gardens for three kings of France including François I for 20 years. He died in Blois at 87 years old having made his mark on the Loire Valley with his botanical erudition and his innovative inventions.

The architecture has a special charm, with a cornice with amazing quadruple friezes 1.20 metres high and charming carved dormers, Renaissance fireplaces, flowered capitals and double mullions.

Exposed to the warm rays of the midday sun, the garden is nestled in a hollow in front of the château, surrounded by high walls, creating a microclimate ideally adapted to Mediterranean species. The château is a living place, inhabited and furnished in the spirit of the Italian Renaissance.

Since 2012, 50 craftsmen and 300 workers have been working on a major restoration project, to bring the grounds back to the grandeur which which Charles VIII described as: "only missing Adam and Eve to complete this earthly paradise."

The stained-glass windows are being restored using the exact techniques of the sixteenth century, with blown glass from the glass maker Saint Just. Executed from drawings and miniatures of the sixteenth century Books of Hours, the windows tell the story of the château in pictures. The result is an exceptional achievement, unique in France, three years in the making and evidence of the skill of master glassmakers of the Touraine region.

Fanny, Daphne, Edouard and Marc Lelandais fell in love with Château Gaillard, its grounds and its story in 2010. Such a large the restoration project was a major undertaking, which required all their enthusiasm and hard work to achieve. Having previously been involved in another adventure restoring a fifteenth century manor near Chaumont sur Loire helped enormously. This new lifetime project is accompanied by fifty craftsmen and women from the Indre-et-Loire, bringing back to life several forgotten techniques. In 2014, the château was reopened to the public, and the reception, particularly from local people was rapturous. A chance to rediscover this forgotten royal paradise and all the genius of the monk gardener and architect of the Royal Gardens, Dom Pacello de Mercoliano. 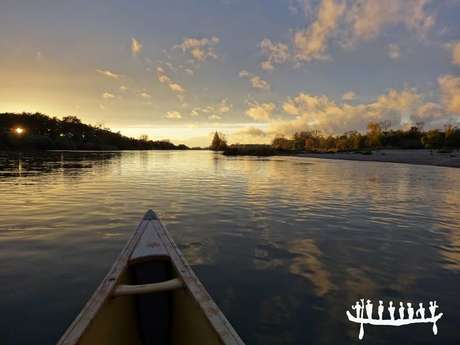 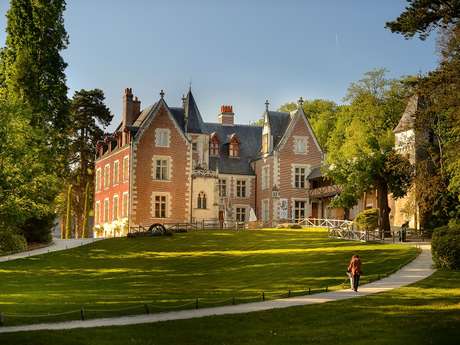 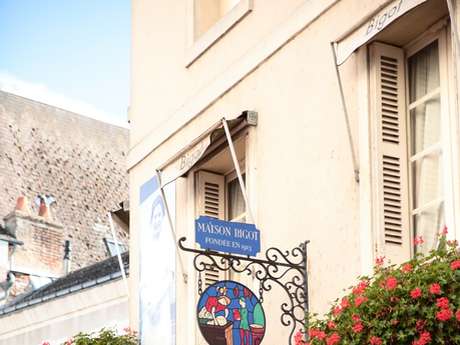 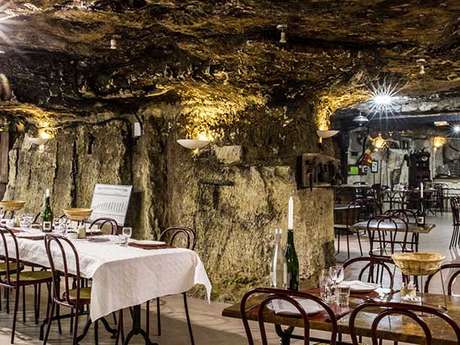 The Château de Beauregard and its grounds

Beauregard was the favourite hunting lodge of François I. Today it's a place of relaxation for visitors from around the world